Hedgie suffered a lot during his younger years. Worse, it happened at the hands of those who should have cared for him the most. Whether the sun was up or the rain was pouring hard, Hedgie’s former owners kept him chained to a post in their backyard.

Living at the mercy of his former owners made Hedgie too skittish and scared of everything. Although he has already been rescued and rehomed, Hedgie still found it hard to get over his difficult past.

Thankfully, Hedgie found a family that refused to give up on him. They did everything to make him feel loved. Despite that, Hedgie could still not overcome his anxiety and spent much of his days hiding under the tables and chairs. Things only changed when Mason, the family’s eldest son, stepped in.

Mason and Hedgie already had some sort of bond. Hedgie would often spend some time with Mason before he quickly scuttles off and hides. Because he was concerned about the pup, Mason decided to lure Hedgie into his room, where they would spend the night together. That miraculously started the change in Hedgie’s behavior.

After sleeping for two nights in Mason’s room, Hedgie transformed into a new dog. He did not run or hide under the furniture anymore. Hedgie became so much happier and even started following his brother everywhere.

Recently, Hedgie got diagnosed with megaesophagus, which is a rare medical condition that affects his ability to swallow. The family was left with two options: put Hedgie to sleep or watch him very closely. Of course, they chose the latter.

With his illness, Hedgie became even closer to Mason, who still refused to give up on the pup. They started to spend so much more time together than they already did. Hedgie and Mason’s story only proves how far love and care can go even after going through the worst situations in life. 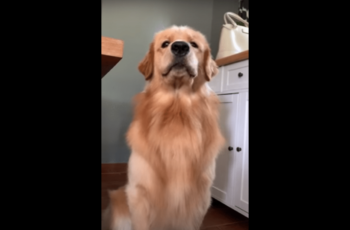 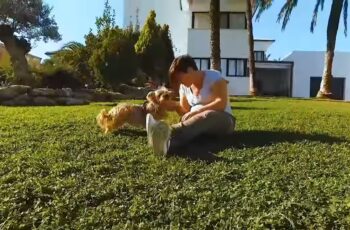