There are kind-hearted people out there who dedicate a portion of their lives to helping dogs. One such individual is a pilot named Julian Javor. He works with dog rescue organizations and helps them transport rescued dogs to their new homes.

Recently, he shared a story about a senior chihuahua he met.

Julian met a chihuahua named Christopher on one of his rescue missions. The dog had almost undergone euthanasia because the shelter he was in was full. Fortunately, somebody adopted him before that could happen.

Julian was in charge of transporting Christopher to his new home. He observed the dog throughout the flight and saw how relaxed he was. The pilot felt a great sense of relief knowing that the chihuahua would be in good hands.

When Julian and Christopher arrived at the airport, they were greeted by the dog’s new owner. The woman who adopted Christopher brought with her another dog. This other dog was Christopher’s new brother, who is also a senior dog like him.

Christopher’s tail was down throughout the trip. However, when he met his new owner and brother, his tail began to wag again. Julian had worked with many dogs before and knew when they were showing signs of excitement. What Christopher showed that day was surely a positive reaction.

Julian always looks forward to weekends when he gets to transport newly adopted dogs. In his three years of doing this, he never gets tired of seeing how happy the pets become. Julian feels a sense of purpose while flying with pets.

Christopher’s story is just one of the many stories that Julian had witnessed. He and other pilots working for the same organization have a lot more stories to share. Check out the video below to find more details on them. 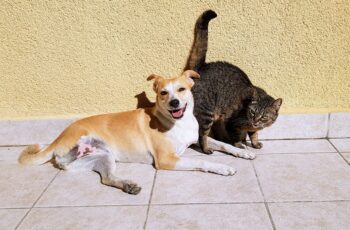 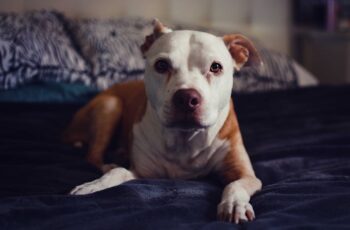