When owners reunite with their dogs who they have not seen for days or years, they just can’t hide their happiness and excitement. This is definitely the case for this veteran named Michael Joy, who got reunited with his dog four years after it went missing.

Joy rescued a stray dog named Sam when he was in the army. Sam’s previous family no longer wanted him because of his attitude, so they abandoned him on the streets. Driven by his empathy and love for animals, Joy decided to take Sam into his forever home.

In Georgia, Sam met Joy’s entire family, including their two other dogs. During that time, he began obedience training along with his new siblings. But, unfortunately, his dad needed to say goodbye as he had to be deployed for a temporary duty assignment.

When it was finally time for Joy to come home, he was wondering why his beloved dogs did not come to greet him. He learned from his wife and kids that the three dogs escaped and ran away together. They immediately searched the local area; and fortunately, they found two of their dogs but not Sam.

The Joy family asked for help through social media and even searched local shelters near where the veteran was stationed in Fort Benning. But, all their efforts went in vain because Sam didn’t come back, and it was time for Joy to go to a different state.

Without Sam, the Joy family and their two dogs moved to Tennessee as much as it pained them never to see the pup again. But one day, Joy got a call from City Dogs of Cleveland. According to them, the police found Sam, and they confirmed his information through his microchip.

The Joy family immediately went to the station, and that was where the heartwarming reunion happened. At first, Sam didn’t recognize his father, but a few seconds after, he remembered. The dog got really excited, and Joy was equally overjoyed because he could not believe that he was seeing his beloved pet again after four years.

Get tissues ready for this one…Sam was dropped off by police who found him. Kennel staff scanned & found a #microchip then contacted the number on file. Turns out, Sam was missing for 4 YEARS, from Georgia! His owner drove 8hrs to get Sam in an emotional #reunion.☺️#happyending pic.twitter.com/kGtaeN4iX1 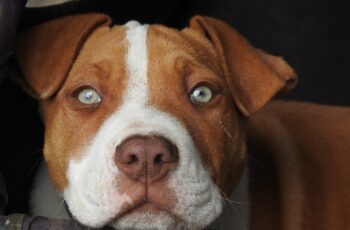