A woman named Michelle Logan, who was hurrying to get to work one day, met a new fur friend along the way. As she was driving, she noticed that it was going to rain soon and she needed to fix her wipers. Michelle chose a spot to pull over that seemed safe and got out of her car.

She noticed that there were two dogs near her. The first one was a yellow Labrador who walked away from her and minded his own business. However, the second dog, a black Labrador, ran up to her and seemed excited to see her. He kept wagging his tail as if he knew Michelle. So she gave the doggo some friendly pets before she went back into her car. 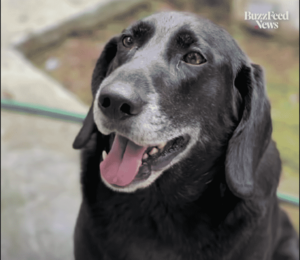 However, before she could even leave, the pooch jumped inside Michelle’s car. He went straight to the passenger’s seat and refused to leave. She took a video of everything that happened because she just found it funny that this random dog was so clingy to strangers.

She then tried to look for the doggo’s house until she found the yellow Lab that this clingy pooch was with earlier. Luckily, when she opened the car’s door, the pup finally came out and laid down in front of the house. Michelle then had to leave for work, but her day was already complete, thanks to this random pooch. 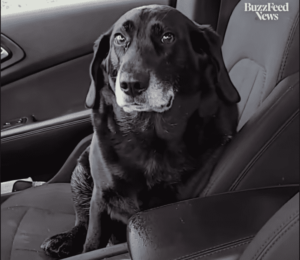 She posted this experience on TikTok, and it had gone completely viral overnight. She then decided to go back to the house the following day to check up on the doggo. Cole immediately recognized her and ran up to her again with his tail wagging. Michelle then met the pupper’s hoomans and found out that the dog’s name was Cole.

She showed her how their dog is now famous, which they were surprised to find out. Since then, Michelle became friends with Cole’s hoomans on Facebook and Instagram. The doggo’s hooman would send her photo and video updates all the time. It was a really fun and unique encounter, and Michelle was so happy that she made new friends and a fur friend as well. 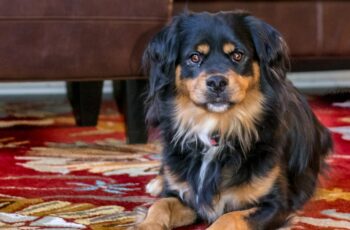 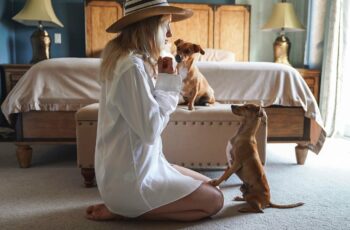